Home Blog Nigerians and the women of Kenya

Nigerians and the women of Kenya

Let’s talk about sponsors, sugar daddies, sugar mummies, Nigerians and the women of Kenya! It is a known fact, Nigerians can never live anywhere without being conspicuous for whatever reasons; positive or negative. Almost everybody all over the world knows at least a Nigerian, for good or for bad. In Kenya everybody knows a Nigerian. We will let you decide if that is a good thing or a bad thing.

The fact is that Nigerian guys are the talk of town. Almost half of the ladies in Nairobi, it turns out, have dated a Nigerian guy with varying degrees of success. Whenever this writer opens his mouth every Kenyan seems  to know immediately he is a Nigerian and they always start to recount their experiences at the hands of the “ogas” (big boss in the Nigerian language that the Nollywood movies have made popular across the world).

It is a love-hate relationship. Not all that glitters is gold. From the stories going around, the typical Nigerian male in Kenya is both a lover and a fraudster. He is both romantic and brash. He is both a big spender and a big taker (he initially spends big to impress but he is going to leave with a high profit margin!). Many Nigerians are “sponsored” by older Kenyan women and many also prey on rich ladies. The more the Kenyan women despise the Nigerian man, the more they love them. 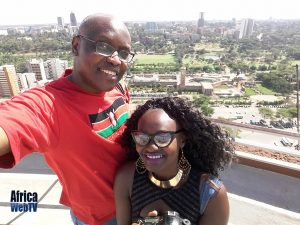 The Nigerian men are known as sweet-talking Casanovas who sweep attention and love-seeking Kenyan ladies off their feet. It seems the Kenyan ladies have apparently been taken for granted, too long by their Kenyan men, so when someone comes and sweet talks them they immediately migrate to the 7th heaven! This viewpoint is confirmed by virtually every Kenyan male this writer spoke with about this curious phenomenon. The guys readily admit that they are not into all the romantic shenanigans the Nigerians go through to win the hearts of the women. “Can you imagine me buying a flower for a girl?”, is one of the most common quotes one hears from a large number of Kenyan men on this topic. Many also readily admit that they think that the Nigerians are better in bed than the Kenyans. This they say is because the Kenyans are always too drunk to perform! (P.S. those are the words of the Kenya men themselves. We don’t mean to cause any offence whatsoever!). At first there was a high level of resentment and jealousy amongst the Kenyan men at the sight of West African (especially, Nigerian) men “stealing” their girls. That feeling is slowly turning into grudging acceptance that the situation is not about to change any moment soon. 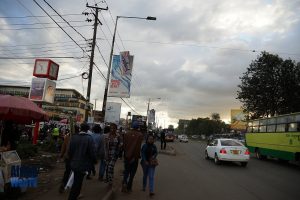 However, most of the Kenyan men and women also see this phenomenon as a kind of real life-soap opera with great and real entertainment value!  First the girls get swept off their feet, but after a few weeks get their hearts broken! And those are the lucky ones! If you were not, you are not only left with a broken heart but more likely than not, you are left with an empty bank account or even greater financial ruin! That is when the reality sinks in. However, when you are addicted to something, you sometimes let your heart rule over your brain. So these girls will fall for the next Nigerian that comes calling!

Everyone in Nairobi knows these terms and talks freely and openly about it. So let’s break it down for the non-Kenyans.

Ben ten: another name for a young male who is dating an older woman. A Ben ten almost always has a girlfriend so the older woman is just a sidekick and mostly just for sex. In some cases however, some are in such relationships  for the money too.

Sponsors:  older men and women who date younger people. A sponsor not only dates these younger people but also takes care of all their financial needs.

Point of note. There is a difference between a male gold-digger and a Ben ten. A gold-digger is almost certainly looking for a sponsor while a Ben ten is not necessarily a gold-digger. Many Ben tens are just in it for the sex. 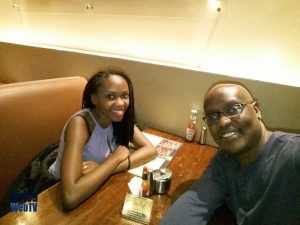 So now we have cleared that up, it is not difficult to see which categories most of the Nigerians belong to. Let us just say there are hardly any Nigerian sponsors in Nairobi. As with any of these dubious shenanigans, the Nigerians seem to have taken it, remoulded it and elevated it to an art form. That is why even when this innocent writer walks in town with the Africa Web TV hostess in Nairobi, it is like all eyes are fixed on them. You could almost hear them saying this gold-digger has got herself a sponsor. To put it in perspective, this writer is 52 while Christine is 22. If they knew that this writer is Nigerian, one is sure they would have a different reaction. There is no way a Nigerian would be a sponsor no matter how old he is. He would rather lie about his age, so that he could be sponsored by a sugar mummy!