Home Blog Africa is not all you see

Africa is not all you see

Where do we start during this, the latest Africa Web TV’s trip to Kenya. Well let’s start at with our visit to the Kenyatta International Convention Centre (KICC). The KICC in itself is impressive but standing atop the 105-metre building, one becomes a witness to a spectacular view of Nairobi that many visitors and tourists don’t get to see. When the sun is shining and the sky is bright, you knew if you were an African, why the continent is so special. 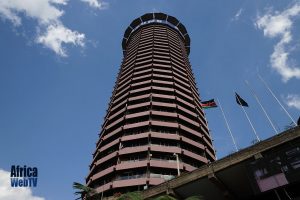 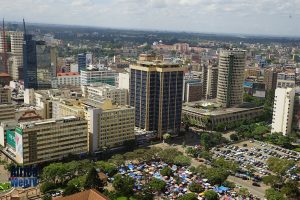 We also realised as we were taking pictures and filming some shots that we might have to face some questions from doubters and unbelievers about the authenticity of the images. After all, for many, the images of Africa that is embellished in their psyche is that of the muddy village roads with poor children roaming the streets. To be sure, that is part of Africa too. But at Africa Web TV, part of our mission and goal is to present a fuller face of Africa. One is always amazed at the one-sided image of Africa that even Africans themselves believe in. 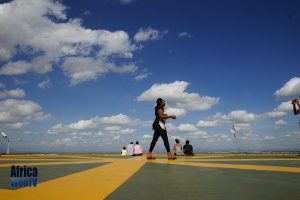 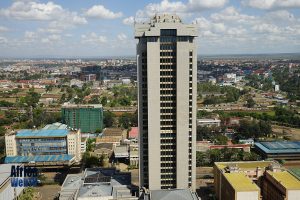 And true to our thoughts, the first private questions we got after we posted the pictures we took from atop the KICC were something like ”are you sure those pictures are pictures you took in Nairobi?” Yes it is Nairobi! It is certainly not Amsterdam or Paris!

We made a video a couple of months back about the reality vs perception of Africa and Europe. While the bulk of the reactions was positive, on Youtube we got a particularly negative reaction from a person who was adamant Africa is more backward and Europe was richer than we were seeking to portray. In another of our videos (this time about an interracial couple living in Poland), one would not believe that in the 21 century there would be people who do not believe there are millions of Caucasians living in Africa! To paraphrase the bulk of the more colourful reactions on the video, “Europeans cannot live there, Africa is too poor and full of savages for the white people to live there!” This is the year 2016! Check out the video and the reaction on Youtube.

The fact is that as long as the pictures of Africa we see are those of half-naked children surrounded by selfie-making white tourists, then the one-sided conventional perception of Africa will continue to be perpetrated.

We at Africa Web TV do not seek to romanticise Africa. All you see about Africa is true. What we are saying is that Africa is not all you see. There is more about Africa than you see or know. Enjoy a bit of our view of Nairobi from 105 metres above ground.