We all know the stereotypes; Africans go to Europe as refugees on a boat because they are poor and so on and so forth. The fact is if you sit 10 Africans together you will find 10 different reasons why people leave the warm comfort of their known environments to move to a sometimes cold and unknown new world. Africa Web TV spoke with 5 Africans (Eddy Jones, Faustina Simba, Victoria Kadito, Sabine Bangassou and Wilson Ebot) who moved to Europe for various personal reasons. They are from Sierra Leone, Kenya, Tanzania, Central African Republic and Cameroon respectively.

In the first of our series African Lives – Living in the Diaspora, we spoke with them about a variety of issues ranging from their motivation for moving to Europe to their first impressions on arrival. We even spoke with about life and death matters; a subject that is a taboo for many Africans. All the people we spoke with are currently living in The Netherlands. We wanted to know how old they were when they came to The Netherlands. They came to Europe at different times of their lives. Each has his/her own stories. While one moved here to be with her lover, the other moved here as a child because her father thought it was the best option for her. While one came to study, another admitted he moved abroad in search of a better life. 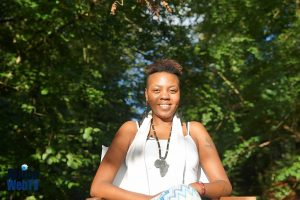 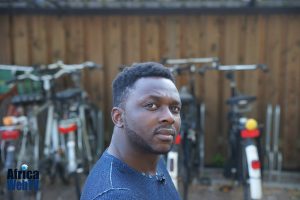 Moving to a new country always brings with it new and various challenges. Their first impressions and memories of Holland are also significantly different. While some remember the cold, others were awed by the way people treated their animals. The fact that you could not just pop in by the neighbour without an appointment is one common thread in their experiences of The Netherlands. To some this was shocking and to others it was just fascinating

We cannot dance around the issue. Everyone in Africa has a picture in his or her head about how Europe looks and feels like before they went there. Our 5 respondents had 5 different preconceptions and expectations of their new country. These can be summed up in a couple of sentences though. All that glitters is not gold. Money does not drop like apples from the European trees. People work hard for the luxury they have. It was a real eye-opener. Was Europe how our respondents thought it was while they were still in their countries of origin? The answer is a resounding no! 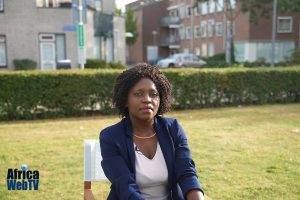 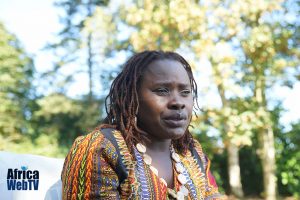 One of the biggest misconceptions especially amongst Europeans is that African migrants not only have good lives in Europe but that because of high living standards and access to a better life there is nothing to miss about Africa. It is interesting to note that all 5 people we spoke with dearly missed their countries of origin. The street life, the weather, family, friends and most surprisingly (or maybe not), the food! There was no doubt in their minds that when the time comes, they would gladly settle back in Africa. While some would stay there permanently, others would spend half of their times in Africa and the other half in Europe. This is because of family obligations on both sides of the great ocean. 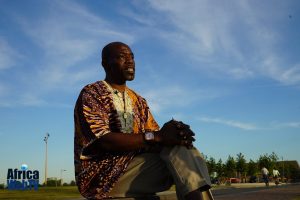 For many on the outside it is difficult to imagine that once one has lived, worked and grown old in Europe, they might not want to die and be buried there. Within the African communities in the Diaspora this is always a dilemma. In any case, the issue of preparing for one’s own death is a great taboo to many Africans. Have the people we spoke with thought about what happens in the event of their own death? If so, would they want to be buried In The Netherlands or in their countries of origin. Almost to a man, they would want to be laid to rest in Africa. Wilson Ebot wants to be buried under the trees in Cameroon while Victoria Kadito wants to be buried on her grandfather’s land in Mwanza, Tanzania.

In this, the first of our series on African Lives – Living in the Diaspora, Africa Web TV explored with its guests a series of questions all African migrants ask themselves..  As you can see, everyone has a different perspective. There is no one coat fits all answer. In the next episodes, Africa Web TV will explore how Africans view their lives in the Diaspora.