Home Blog Tanzania has the fittest kids in the world!

Tanzania has the fittest kids in the world!

CANBERRA, Sept. 22 (Xinhua) — An international study has found has found that Australian children are not as fit as those from nations such as Tanzania, Iceland and Estonia, but are comfortably fitter than those from the United States and Mexico.

The study, undertaken by the University of South Australia (UniSA), took data from more than 1.1 million children between the ages of nine and 17 worldwide, and determined that Australian children were the 35th fittest out of 50 nations studied. Tanzanian children were ranked the fittest while those from Mexico, Peru, Latvia, the U.S and Korea were the least fit. 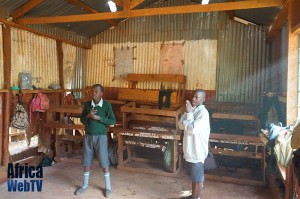 Researcher Tim Olds from UniSA’s School of Health Services said the study used data from 20 meter ‘shuttle runs’, and Australian children ranked firmly in the “middle of the pack”.

“If all the kids in the world were to line up for a race, the average Australian child would finish somewhere in the middle of the pack,” Olds told News Corp on Thursday.

“They’d be a long way behind the fittest children in the world, from Tanzania, Iceland and Estonia, but a long way ahead of the Mexicans, Peruvians, Latvians and Americans.

“Cardio-respiratory fitness is an excellent indicator of good health and there’s evidence showing that kids with high fitness levels are healthier and tend to live longer.”

When the researchers previously published data in 2004, kids from Iceland were the fittest in the world, but they have since dropped into second place.

“We’ve got a new champion,” said the study’s co-author, Professor Tim Olds from the University of South Australia.

Both UniSA researchers are involved in the Active Healthy Kids Australia program, a partnership between research organizations and universities intent on promoting physical activity in Australian children.

The full results of the research were published in the British Journal of Sports Medicine.