In 2015 we got in touch with 2 of the finest musicians representing Africa on the world stage. Both musicians, Jose Chameleone and Eddy Kenzo happened to be Ugandans. we wanted do an interview with them for Africa Web TV. They both kind of said yes. It was not a firm yes. But sometimes a kind of yes is all you need from an African musician. But the risks of a cold shower are big. In spite of this, Africa Web TV went on its annual pilgrimage to Kenya and from Nairobi we took the 15.5 hour bus ride to Kampala looking for Eddy Kenzo and Jose Chameloene. The plan was to spend 3 days in Kampala. One day with Eddy, one day with Jose and the last day sight-seeing. After that, the plan was to take the bus going to Kigali to spend a couple of days in Rwanda. 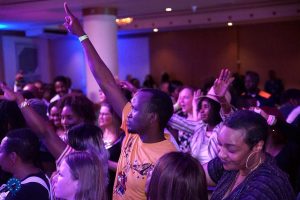 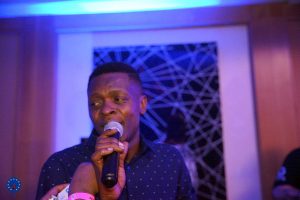 To cut straight to the point, only one of those plans eventually happened! Eddy Kenzo (and wife whose number we also had) did not pick up their phone. We heard later that he was out of the country to collect an award somewhere. Jose Chameloene himself was recording in Kigali, Rwanda but his people assured us he would be back before we left Kampala. After the 3rd day it became apparent that Chameleone was back in Kampala but his people were playing some hide and seek with us. They told us they would call the next day to set up the appointment. We decided to go sight-seeing. We went to see the beauty of the capital city. We went to Lake Victoria and had time to interview an upcoming Ugandan dancehall artist by the name of Yung Mulo.

All the while we were waiting for the telephone call from Jose Chameleone’s people. When it did not come, we decided to make another effort and called! Yes he would meet us later that night at a club in Kampala. They would send us the address later. Well they never did! So as it turned out, we had just made a 8000km trip from Rotterdam to Kampala for nothing! It is the consequence of a non-firm yes. But if you are an African, you know that even a firm yes is true only when people show up! We ended up spending 6 days in Kampala and could not make it to Kigali, Rwanda anymore. Do we have any regrets having gone on that wild goose chase? No! Uganda is a beautiful country and we just took advantage of our extended stay there to do some really nice stuff.

Everybody who knows this writer, knows how big an admirer of Jose Chameleone’s music he is. Whenever Jose Chameleone’s music comes up at the twice a month Africa Night in Tilburg and Genk, you can bet you will find this writer on the dance floor even though he is usually not a dancer! However many African stars, superstars and wannabees have an arrogance about them that makes you always wary when you meet them.At Africa Web TV, we have met our fair share of stars (and many wannabee) who are devoid of basic human decency.

With Jose Chameleone, one needed not to have been worried. What a guy! He is just your regular guy who talks with you like you are friends or brothers. No shred of arrogance just jokes and innuendoes and general fun. He was convinced he had seen this writer before but it later turned out that he has seen his 1 plus 2 video online on the Africa Web TV YouTube channel. Jose Chameleone watches Africa Web TV! And what is more, he was really helpful and forthcoming during his 1 plus 2 interview with us. Surprisingly enough, he is a romantic and not your archetype African macho man. The happiest day of his life was his wedding day he said with conviction and passion! How many men and how many superstars would say that given the numbers of groupies they have! After the interview, he posed patiently for pictures and chatted freely on a number of topics with the crew of Africa Web TV.  Let’s just say that the 4 year wait was more than worth it! 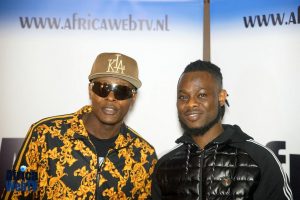 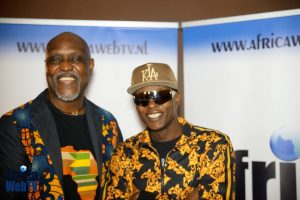 Unfortunately for reasons beyond his and our control, we could not get to see his concert in Amsterdam. However a week later we were in Brussels to finally watch him perform live. We got to meet him backstage, pre-show. After the show he invited us over to his table for a couple of drinks. But our night was made already by his show! What a performer! What a voice. Hearing him live was even better than on radio, videos or CDs!

Jose Chameleone’s image in the media is mostly that of a bad boy. The Jose Chameleone we met in Amsterdam and Brussels is a gentleman with both feet firmly on the ground.