Uhuru Park Nairobi, Kenya. November 2015. It takes a real Maasai to be be able to jump and keep a straight, relaxed smile on his face while still in flight. We met this Maasai man while doing a random video interview in Nairobi. He was in the city to visit a relative. What became evident when we approached him was his positive attitude to life. At our behest, he proceeded to give us some useful insights into some aspects of the Maasai culture. 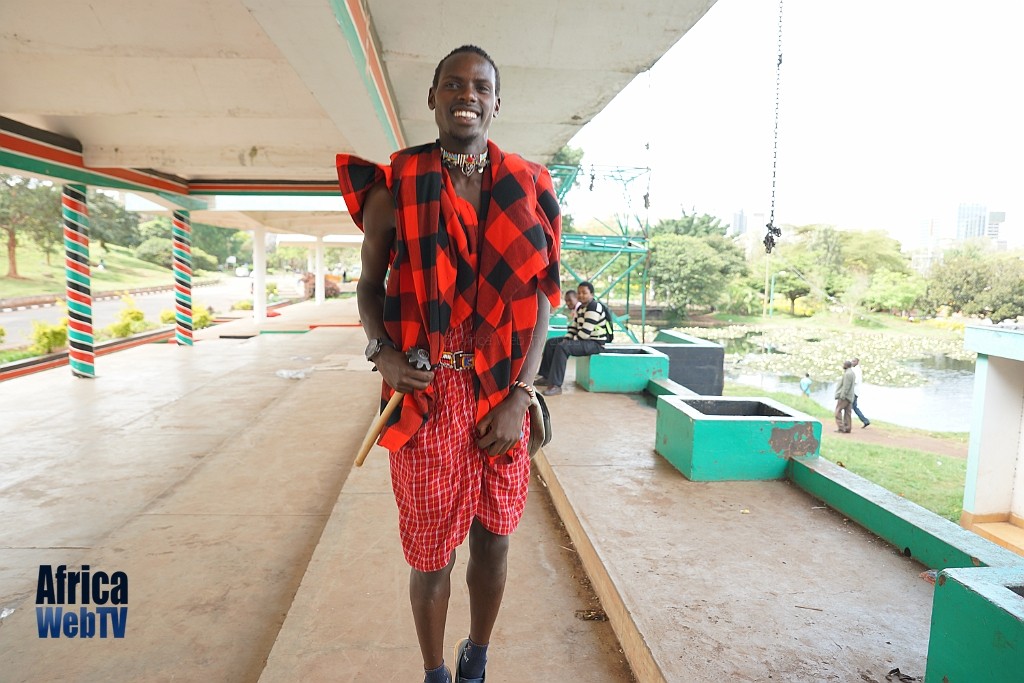 He answered every question we put to him very patiently. When we told him we came from Europe, his face lit up and he said ever so gently, “I would not mind marrying a European Lady!” Even we could not resist a smile at that. So ladies what are you waiting for? You could become the next white Maasai and share an eternal smile with this handsome but gentle Maasai. We have his contacts!